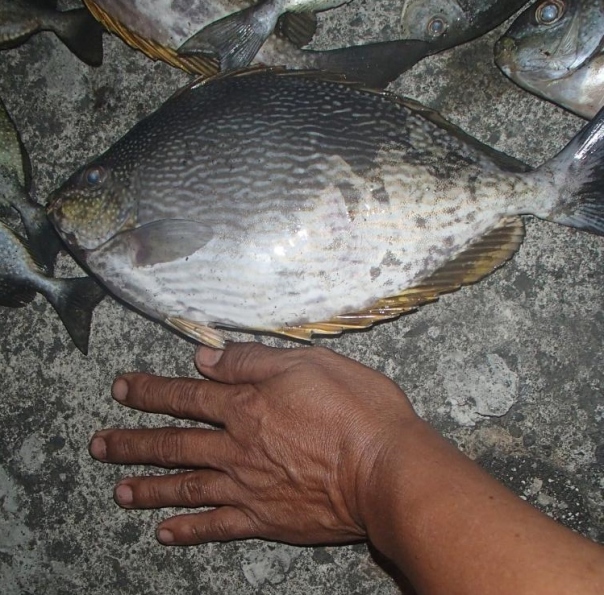 This is one of the many species of Rabbitfish that inhabit Philippines waters.  They are primarily on algae and are not targeted as a sport fish in the country.  Instead they make a good food fish and subsequently are targeted by anglers using bait.  Local angler have two main methods of catching these fish; one is with small hooks attached to a float that are baited with cooked Saba (cooking banana, similar to a plantain) or glutinous (sticky) rice.  The other method used involves a rig designed to snag the fish with big hooks that are positioned around the bait which is usually a piece of banana.

Rabbitfish are also known as Spinefoots because of their venomous spines.  Care is needed when handling these fish because a small prick on the finger from the spines on a Rabbitfish can leave a throbbing pain for quite a while.

These fish are a good food fish and have a firm though somewhat soggy texture. In Cebu they are often stuffed with onions, tomatoes and spices and grilled.  Their thick skin helps keep the fish from falling apart while grilling.  Rabbitfish have been successfully cultured in ponds and though not an ideal culture fish. 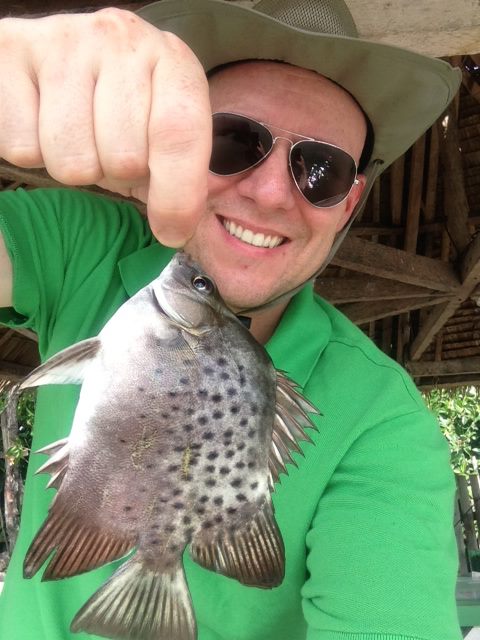 Recommended Bait/Lures:  Shrimp, Squid, fish & many other baits including algae.

These are a relatively small fish that are very similar to the Rabbit fish species.  They resemble rabbit fish however they have a more unique body shape.  They are said to have venemous spines that cause painful wounds so should be handled with care.  Here in Cebu angler use very small hooks to catch these fish. 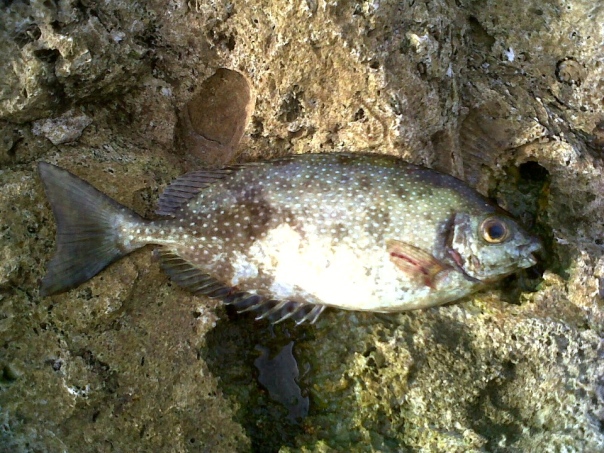 This is one species of spine foot or Rabbitfish which is well known in Cebu and throughout the country.  It is locally called Danggit (pronounced dung-geet).  These are a relatively small fish that can be found around the coastlines and reefs scavenging and feeding on algae.

This fish is known locally as Kitong.  It can be found around reefs and shorelines all over the country.  They have very small mouths with very sharp teeth which make catching them on hooks difficult.  This one was taken while using banana as bait.  It was snagged as it nibbled on the large piece of the banana.  These are also known as Samaral fish and are delicious when grilled.

The kitong and the rig used to catch it.